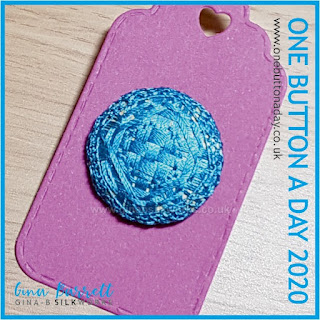 Today's button began as an attempt to recreate another of the Pownall Leek buttons. Instead, I realised that I had started it wrong. So, I could either continue - which would have worked but it would have meant far too much extra weaving. Had I started in the correct place, then some of that would have just happened (as with a deaths head). But, I'd already gotten so far so I just kept playing, after all, the silk is too nice to waste! And this is the result.
Rain did stop play regarding the picnic, but I have managed to get another video filmed for the new loom.